Located five miles off the coast of Turkey, the island of Chios, and the town of the same name, has often been caught up in conflicts between Greece and the imperial powers in the Mediterranean, from the Romans to the Ottoman Turks. Though it was once an important merchant shipping center and remains an important exporter of mastic gum, it is now a quiet place for most of the year, home to many museums and archaeological sites that testify to its long history. During Easter, however, the town of Vrontados, on the eastern part of the island, becomes livelier, as local residents from two different congregations fire thousands of homemade rockets at each other’s church bell towers during the Easter Service. 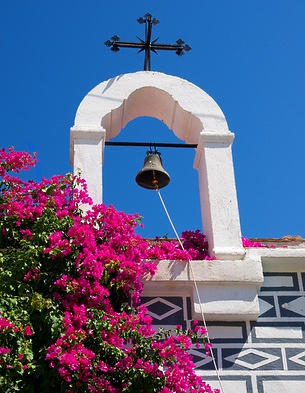