The principal town on the Dardanelles is the town of Canakkale, situated at the narrowest point of this busy strait. It serves as a base to the ancient site of Troy, which is about 20 miles away. In "The Iliad," Homer immortalized Troy with stories of King Priam, Hector, Paris and the beautiful Helen. Archaeological digs have revealed nine cities and various ruins of the city walls, typical house foundations, a temple and a theater. 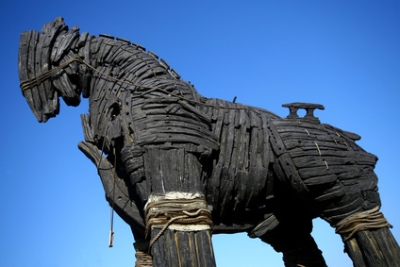