Ancona was originally settled by exiles from Syracuse, a town in Sicily. The appearance of the town has changed a lot since World War II, as it was heavily bombed and further damaged by an earthquake. Despite this, Ancona still houses monuments of interest, such as the cathedral, remodeled in the 11th and 13th centuries in Romanesque style with evident Byzantine influence. The Arch of Traian, built in the secnd century, and the Piazza del Plebiscito are considered the favorite points of interest in Ancona. 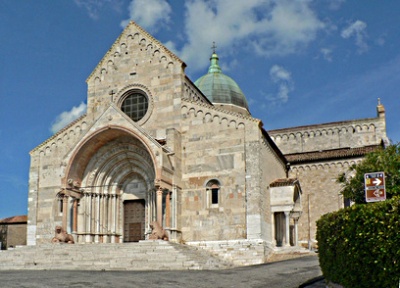